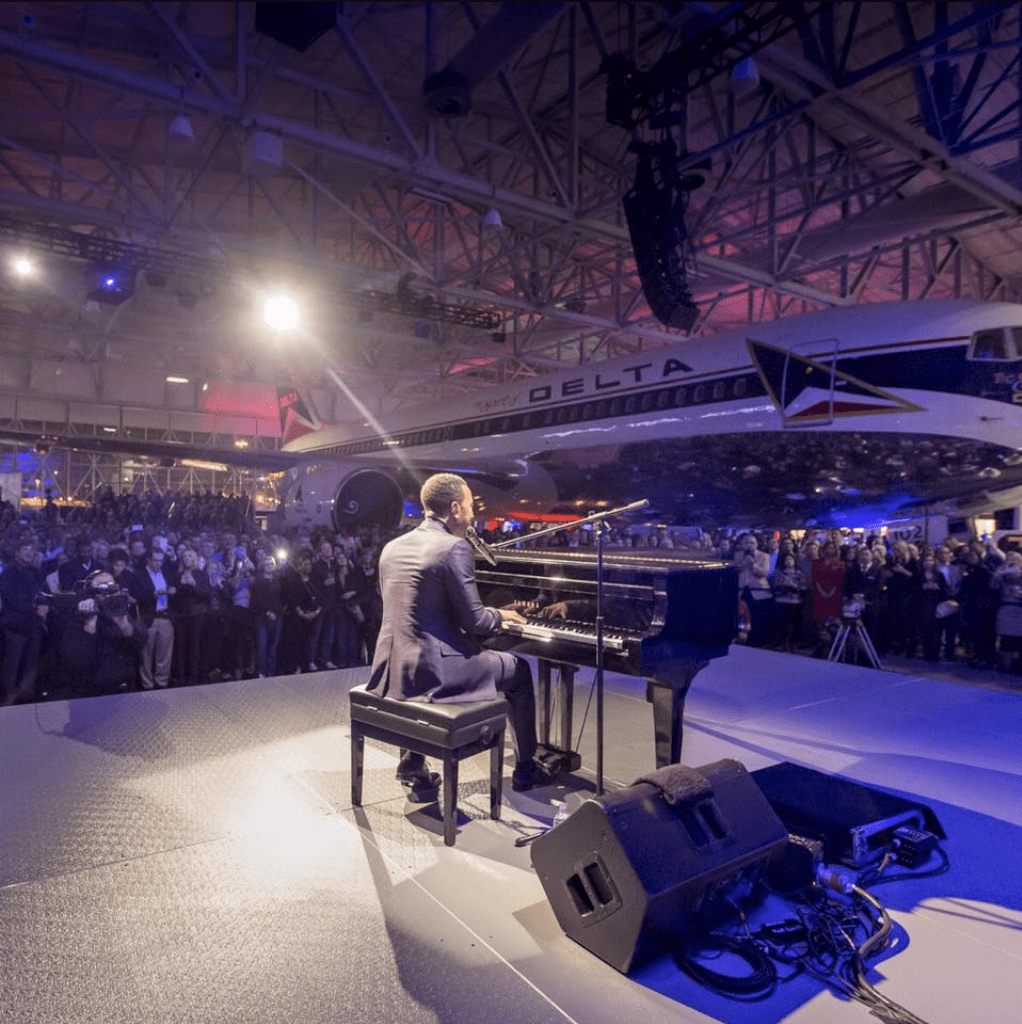 Delta’s American Express co-brand team decided to host an event to engage high spending card members in the south east region of the US, primarily surrounding the Atlanta area. FIMI was brought in to expand upon what that event would look like with an A-list artist performance. FIMI’s role was to navigate all talent related strategy, from understanding the scale and influence on the event, to uncovering who would be the best fit, to how they would be involved in the event and promotion, to the negotiations, contracting, services fulfillment and onsite execution with the talent. The end result was an invite-only event that achieved card member engagement while also highlighting the launch of the newly renovated Delta Flight Museum, with a performance by John Legend. Not only was John Legend a great fit for the event itself, he is an avid Delta flyer, which led to John’s deliverables being that much more natural and impactful. Attended by 2,000 card members, the event garnered press, social content (including posts from John Legend), and significant loyalty appreciation.